When weighing up the best solar panel technology for your home, power optimisers and cell optimisers may be an option worth considering. They offer many of the benefits of micro-inverters and can have some other features in addition, including being more cost effective.

Here’s a quick overview of the differences between micro-inverters, panel optimisers and the exciting new revolutionary cell optimiser technology.

In a traditional solar PV system, solar panels on the roof convert the sun’s energy into DC electricity which is sent to a standalone solar inverter unit (often mounted on the garage wall). It converts the electricity into 240V AC power which can be exported onto the main grid or used to run appliances in the home.

In contrast, a small micro-inverter mounted on the back of each solar panel, converts the DC power into AC on the spot, making them safer to work with (as AC is considered safer than DC). This design means micro-inverters eliminate the need for a separate main inverter unit. They also do away with HD DC conduits between the panels and the inverter, reducing your installation costs. (These conduits are laboursome and therefore costly to install and are often visible, particularly in two-storey installations). Micro-inverters also enable you to utilise different roof orientations, as they’re not restricted by minimum and maximum string sizes like a traditional inverter.

Micro-inverter systems like the Enphase S Series, perform much better in shady conditions than traditional string inverters. The moment a single panel is shaded in a traditional set-up, the whole system’s productivity is reduced. Whereas, in a micro-inverter system, if one panel is shaded, the rest of the panels are not affected, meaning the unaffected ones will continue to produce electricity for your home.

The downside to this flexibility is the price tag. Micro-inverters are more expensive than traditional string inverter systems.

Much like micro-inverters, panel optimisers are attached to the underside of individual solar panels. However, instead of converting DC power to AC, products such as the SolarEdge panel optimisers boost power output by ensuring each module is operating at its maximum power point (MPPT), regardless of shade or positioning.

While this technology works much differently to micro-inverters, it is similarly priced and achieves the design flexibility and superior shade management of micro-inverters. SolarEdge is a company that has been using this technology for a while, but now, companies manufacturing string inverters are allowing optimisers to be incorporated into their systems. SMA are an example of this, allowing the integration of Tigo optimisers into their string inverters.

Taking power optimisation to the next level, cell optimisers like the Jinko Maxim are solar panels with three Maxim chips embedded inside. Each solar panel is divided into three, meaning that partial shading or dust on one section of a panel, won’t affect the performance of other sections of the same panel (unlike panel optimisers).

Cell optimisers work by replacing the three bypass diode in the solar panels. Traditionally, these bypass diodes would allow a string of cells (20 of the 60 cells in a standard panel) to be bypassed in extreme shade or failure. While helping slightly, this doesn’t address the issue anywhere near as well like the other technologies mentioned in this article. By replacing the bypass diode with a Maxim chip, you have far fewer components compared with standard optimisers. Also, there’s three optimisers per panel, not one. This design makes them more reliable, higher performing and easier to install than other panel level optimiser technologies. In fact, cell optimisers are the least expensive of all three options we’ve discussed here.

Being inverter agnostic, Jinko Maxim cell optimisers can be retrofitted to existing systems making them readily accessible to everyone. Unlike some optimisers which only work with their own brand of inverter, Jinko Maxim cell optimisers are compatible with all brands. This is great if you have a preference for a particular brand of inverter or if you need to replace your inverter in the future. You’ll have peace of mind knowing that your optimisers will work with whichever inverter you choose, regardless of the manufacturer.

Another benefit of Jinko Maxim cell optimisers is that they are suitable for partial deployment. For example, if only a few of your panels are affected by shade and if you don’t need to optimise the whole array, you can choose to install say, half Jinko Maxim panels (in the shade-affected areas) and half regular panels, saving you money along the way.

The only drawback with cell optimisers is the fact that they don’t support panel level monitoring. However, this only tends to affect people who want to compare individual panel output or measure losses due to shading.

And in breaking news…

We are happy to announce that Jinko Maxim Cell Optimisers have landed and are now available at Solargain! This solar panel has changed solar forever. Never before has a form of panel technology changed the way we think about solar installations quite like this. Shade management, multiple orientations, longer strings, better degradation handling – it’s all possible with Jinko Maxim Cell Optimisers. The best part is the price – it’s only fractionally more than our already competitive Jinko Eagle range.

If you’re interested in learning more about this exciting and revolutionary technology, get in touch with Solargain today by calling 1300 73 93 55 or by contacting us online. 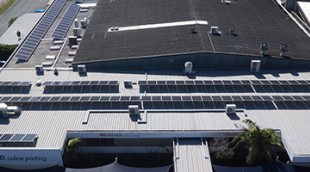 Worldwide Printing Solutions are to date the only WA based printing company who are certified carbon neutral. To achieve this they participated in a number of environmental protection projects including tree planting. 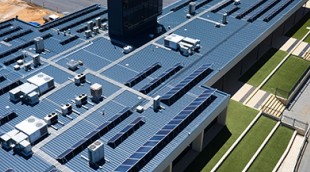 As part of the Royalties for Regions program, the Shire of Kellerberrin has been provided with a magnificent Recreation and Leisure Centre that has become a regional epicentre for sporting events such as bowls, tennis, basketball, volleyball, football, cricket and harness racing. 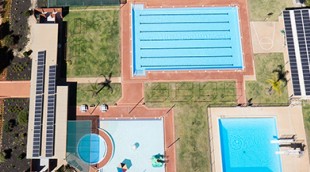 The Shire of Kondinin approached Solargain in 2011 to provide a quotation for 25kW of solar power to assist in covering the day time loads associated with running their community pool facility, located within their shire in the nearby town of Hyden.