We’ve lined up the opportunity, kept our eye on the target, kicked… and scored official silver sponsorship status with the Fremantle Football Club.

We couldn’t be more excited to announce this brilliant news. Just like many of our customers around Australia, we’re big fans of the AFL and so the opportunity to support one of its leading teams is quite an honour.

But there’s something particularly special to us about the Fremantle Dockers.

The team from Perth’s south not only shares our birthplace city, but was officially admitted into the AFL competition in 1995 – the same year Solargain was born.

During the same 21 years, both the Fremantle Dockers and Solargain have risen from their underdog status to the top of the league, ever-ambitious to push for greatness.

As part of our sponsorship agreement, we’re going to do what we do best. We’ll be energising key Fremantle Dockers facilities with solar power, including:

Like all our solar power installations, both will use industry-leading products. For the Fremantle Dockers project, we’ll source panels, inverters and railing from our key suppliers QCELLS,

In a recent media release Steve Rosich, Fremantle Dockers CEO, acknowledged the arrival of Solargain as a sponsor as well as three others.

He said, ‘We are delighted to welcome the support of four new sponsors, WFI, Beyond Bank, IGA and Solargain, all with whom we share strong values and a genuine commitment to positively impacting the community.’

We couldn’t agree more and we can’t wait to see what awesome things we’ll achieve with our new partners. 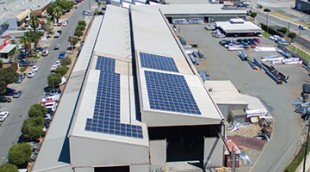 A.D. Coote & Co. (sheetmetal) Pty Ltd was incorporated in June 1968 to make sheet metal building products. They now specialise in the manufacture and supply of sheet metal products including light poles, roofing products and general metal fabricated products. A.D. Coote & Co. operates from a fully equipped workshop factory at its head office complex in Welshpool, providing up to date equipment for management, production and quality control activities while employing a large production workforce which is supported by administration, technical and supervisory personnel. 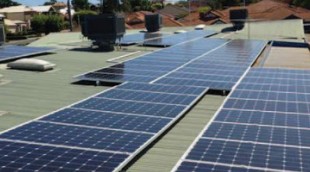 Due to the results of the system and the service provided by Solargain many members of the club have now gone ahead and purchased systems for their own homes from Solargain. 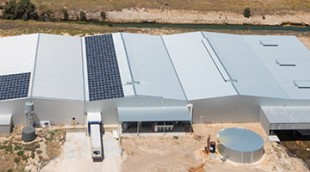 Peter and Anthony Ivankovich grow carrots and onions over 3 properties covering 250 hectares in Myalup, which is situated approximately 140km south of Perth.