The Solar Rebate Is Ending: Your Guide To Getting The Best Solar Power Deal

Though it’s not technically referred to as a ‘solar rebate’ the initiative effectively works like one and so we’ll call it that for the purposes of this article. Introduced in 2011 as part of the Australian Renewable Energy Target (RET), the solar rebate has helped encourage over one million Aussies install solar power, making the technology more affordable.

Currently, most homeowners receive a discount of about $3,990 for a 5kW solar power system. Rather than being stopped immediately, the rebate will be phased out gradually over 15 years until it eventually ends on December 31, 2030 (see below graph).

When Should I Install Solar Power?

Over the next few years as the solar rebate drops you’ll likely see advertising from solar power companies encouraging homeowners to ‘get in before it’s too late’. Of course, there’s an element of fact to this – the rebate provides a great incentive and so if you can afford to install now, it’s definitely a good idea.

However, as outlined below, even post-rebate, solar power prices will continue to drop naturally as we’ve seen over the past five years… So the million dollar question: when should you install?

Ultimately, if you can afford to install solar power now (or soon), not only will you reap the benefits of the rebate, you’ll be slashing your electricity bills, saving money and paying off your investment sooner than later. Indeed, there’s no time like the present. But, if now is not the time, don’t fret, solar will always be a sound investment and the cost of the technology is likely to continue dropping.

Longer answer: The price of solar power has dropped dramatically in the past decade. For example, in just four years the price of a 5kW system has more than halved. That’s a decline of over 15% a year – and even better, you’re paying less for more sophisticated equipment as technology continually improves.

Even if the reduction in costs of purchasing solar power stabilise between 8-10% they’ll still likely  neutralise the impact of losing the rebate.

One variable which could affect this is if the rebate is removed immediately and not phased out.

Whilst this is unlikely, the Renewable Energy Target has come under threat by the Government before and if the Liberal Party is re-elected, there’s a chance they could try to end the scheme early. As already evidenced by the People’s reaction in June last year, this wouldn’t be a popular move – but it’s worth keeping an eye on.


What About Solar Hot Water?

Solar hot water systems receive a rebate too and this will also be phased out. This is due to begin at the start of 2022.


How Do I Find Out More?

No matter when you plan to install solar power, it will always be a sound investment for most average homeowners. To find out more about installing or the solar rebate, talk to us today. 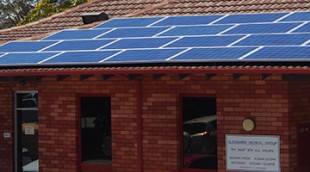 Glengarry Medical Group decided to pursue their interest in commercial solar PV at the same time as the Glengarry Pharmacy next door. 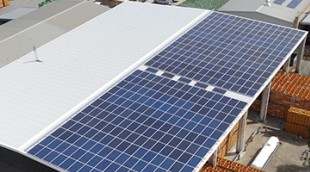 United Crate was formed in 1963 by a number of growers who saw the need to provide a packaging service conducive to their marketing requirements. The idea was to provide uniform packaging, so that produce could be sold by a common unit rather than weighing everything. Today the company has over 40,000 crates in circulation across the fruit and vegetable growing industry. 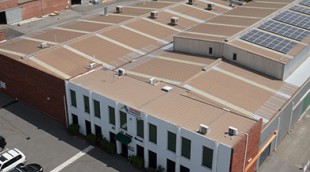 Ayres Composite Panels manufacture lightweight and high fire resistant panel technology suited to the interior fitouts for high performance marine vessels.  With several different types of panel types and finishes they utilise various machines as part of their manufacturing process that are high users of electricity.