There are so many solar myths out there and, here, at Solargain, we hear them all the time. From misleading web pages to misinformed uncles (we all have one), the truth is that the wrong information leads to poor choices which can cost you big bucks.

Here are the most common ‘solar stories’ along with the facts which are usually forgotten.

Myth #1: “Solar PV panels are really expensive and unaffordable for most working Australians.”


Okay, let’s start by making it clear that, in Australia, working class families living in ‘mortgage belt’ suburbs, purchase and install more solar panels than any other demographic. The idea that solar panels are an upper-middle-class luxury is a complete myth.

There are plenty of reasons why more and more lower-earning households are choosing solar. The incentive to beat rising electricity costs is the most obvious, but what else?

The cost of producing and installing solar power systems continues to plummet. According to the Clean Energy Council, “the solar panels installed on rooftops today are more than 500 times cheaper to produce than the first solar cells of the mid-1950s.”

What’s even more astonishing is how much prices have dropped in recent times. Only a few years ago, setting up solar was two to three times more costly than it is now. A highly competitive market and enormous global demand continues to drive prices down.

In addition to this, a range of generous government incentives are still available, making solar power even more affordable. Initiatives such as Small-scale Technology Certificates (STCs) and Feed-in Tariffs (FITs) offer homeowners the potential to save thousands of dollars.

Solar power initiatives differ from state to state, so it pays to check which ones you qualify for.

Households across Australia that install a small scale renewable energy system (solar, wind or hydro) or eligible hot water system may be able to receive a benefit under this scheme to help with the purchase cost.

Sometimes referred to as a rebate program, installing an eligible system allows the creation of Small-scale Technology Certificates (STCs), an electronic form of currency with a value that can be redeemed by selling or assigning them. Most households choose to assign their STCs to their installer for a discount on their system. Refer to the Australian Government website for more information about this scheme.


Renewable energy feed-in tariffs are available in all eight of Australia’s states and territories. Eligible households and small businesses are paid for the excess electricity they generate from their small-scale solar (photovoltaic or PV) systems.

Between 1 July 2010 and 1 July 2011, Western Australian residents investing in solar were offered a 40c net tariff. This was followed by a 20c net tariff that was available only during July 2011. Both tariffs will continue to be paid until 1 July 2020. New customers can access Synergy's Renewable Energy Buyback Scheme (REBS) for a 7.1c tariff.

Since around 2010 until 2013, South Australian residents had access to four different ‘Solar feed-in schemes’ which offered tariffs of 44c net and then 16c net. Existing customers on the 44c tariff will continue at this rate until 2028, while payments under the 16c tariff will cease at the end of September 2016. New customers now have access to tariffs ranging between 5c and 10c, depending on the retailer.

Victoria’s Premium (PFit) tariff was open from 2009 to 2011 at 60c net. It will continue for existing customers until the end of 2026. The subsequent Transit (TFiT) tariff which ran throughout 2012 will wrap up at the end of 2016. New solar customers can tap into tariffs of 5c to 10c depending on the retailer.

The New South Wales ‘Solar Bonus Scheme’ operated from 2009 until 2011. The initial tariff was for 60c gross, followed by 20c in the subsequent tariff period. Both tariffs will continue to pay existing customers until the end of 2016. New systems can now qualify for between 5c and 10c credit, depending on their energy retailer.

Between 2009 and 2011 there were at least five different feed-in tariffs available to ACT residents. They ranged from 30.16c to 50.05c gross. These deals remain in place for existing customers for up to 20 years from the date the generator was installed. New customers must now negotiate their tariff which can vary from 6c to 12c net.

Queensland’s ‘Solar Bonus Scheme’ delivered a tariff of 44c net between 2008 and 2012. This will continue to be paid out until 2028 for existing customers. New customers can access tariffs ranging between 6c and 10c depending on the retailer.


Unaffordable? We think not...


This may have been true in the old, ‘dirty’ days, but huge improvements in efficiency make this a big, fat myth today.

In fact, according to Andrew Moore of Murdoch University, his 2008 ‘Life cycle assessment (LCA) of a 1kWp photovoltaic system installed in Australia’ found most of the newest solar PV panels being installed in the sunniest parts of Australia (i.e. Perth) pay back their environmental impact in just 1.7 years! This covers manufacturing, transport and installation.

Moore’s study found that less efficient systems installed in states where it’s less sunny, still generally payback their debt in 2.3 years or less. When you consider that most good-quality solar PV panels will power homes for well over 20 years, these stats become even more impressive.

Myth #3: “Solar panels and government incentives are responsible for our increasing electricity bills.”


Wrong! Actually, it’s infrastructure upgrades which are driving our power bills up at an alarming rate. Clean Energy Australia states that network costs account for up to 50% of our power bill. With an unprecedented increase in usage, particularly in ‘high-demand’ periods, a massive investment in network and equipment upgrades has been necessary to avoid blackouts. Obviously, it is the consumer who is footing the bill and a key reason why more Australians are choosing solar.

Myth #4: “Once I install solar power, I won’t need to make any more changes to enjoy the full benefit of the system.”


Solar panels are a brilliant investment to make if you want to save money and help the environment, no doubt about that. However, power bill and pollution reductions don’t start and end with the installation of a solar system alone.

A common misconception is that installing solar PV panels gives you free-rein to run your lights, TV, laptop and hairdryer all day with no consequence (what a shock people get when they open their first power bill).

If you really want to maximise your savings and cut your environmental impact, you should also take a good look at your appliances, usage habits, light bulbs, insulation and heating/cooling systems.

You will get the best results from your solar PV system when you adopt a total electricity-friendly attitude.


Actually, solar PV panels are not powered by the heat of the sun, rather they rely on sunlight. This means that you don’t have to worry if you live in an area where average temperatures are not overly high. In fact, extremely hot days will often hinder your solar panels' performance, not enhance it.

Your solar PV panels will still convert sunlight into electricity on cloudy days and do not require heat from the sun. Rather than worrying about the average temperature in your city, more focus is required on the placement of your panels. They need to be away from shade and pointing in the correct direction to maximise sunlight.


We don’t hear this one often and that’s because it’s simply not true! Okay, we’re being cheeky now, but seriously, no other competitor can match Solargain for quality products and absolute dedication to customer service. 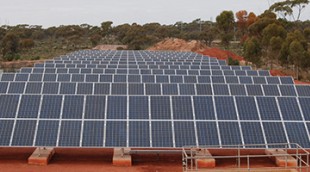 In late 2013, The City of Kalgoorlie-Boulder went to tender for their second large solar power system (greater than 30kVA).Coming off the back of a successfully completed system at the Goldfields Oasis Leisure Centre (137.5kW) Solargain put together another strong submission and was chosen from a field of 12 respondents. 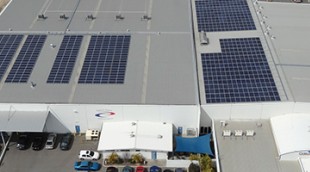 Odeum Farms is a grower-based marketing joint venture, designed to eliminate all non-essential links in the supply chain in getting fresh produce to the retailer. Their head office in Canning Vale contains two separate buildings which are next to each other; one combining their administration and a cold storage facility, and the other is purely a distribution warehouse. 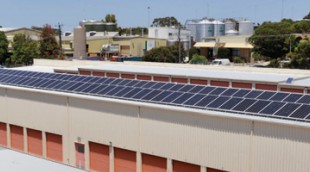 Koala Storage has two sites in the Perth metro area at Osborne Park and O’Connor. The Osborne Park site is a standard self storage facility whereas the facility at O’Connor includes climate controlled storage units.  The company approached Solargain seeking help in reducing their significant electricity bills at the O’Connor facility.